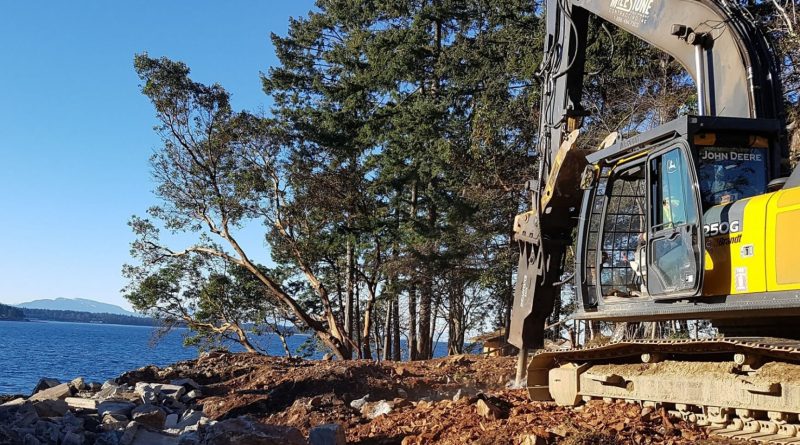 Europe has some of the most beautiful and iconic landscapes, making it a popular destination for tourists wanting to experience its rich culture and history. But as Europe’s population grows, so does the pressure on its natural resources, which can have severe environmental consequences.

Construction projects such as buildings, roads, airports, and dams can destroy habitats and wildlife, causing air, water, and soil pollution.

Construction projects can affect natural resources by altering the landscape or using finite materials such as timber. Indirectly, they can cause air and water pollution, soil erosion, and the displacement of local communities. In addition, the construction sector uses a significant amount of energy, which can come from fossil fuels, cause air pollution, and contribute to climate change. It also generates large amounts of waste, including construction debris, often dumped in rivers or landfills where it can leach pollutants into the environment.

Does construction cause deforestation in Europe?

Yes, construction causes deforestation in Europe. Construction projects can destroy forests and other natural habitats to make way for new buildings and roads. In some cases, trees are cut down or cleared away entirely to develop land for residential or commercial purposes. This type of deforestation has severe implications for the area’s biodiversity and ecosystems and climate change.

How do people in Europe solve environmental problems caused by construction?

To protect the environment in Europe, it is essential for construction projects to be properly managed and monitored. It means assessing potential environmental impacts before a project begins and establishing regulations or guidelines to minimize any negative impacts.

The European Commission is actively promoting green building practices across Europe. It includes encouraging the use of renewable energy sources for electricity generation on construction sites and setting targets for reducing waste materials created during construction projects. The commission also works closely with industry groups to develop innovative solutions that reduce the environmental impact of construction, such as eco-friendly building materials and green roofing systems.

Besides, in recent years, several initiatives have been taken by governments across Europe to prevent and reduce deforestation caused by construction. These include encouraging developers to use sustainable materials such as wood from sustainably-managed forests. Additionally, some governments have implemented financial incentives to encourage developers to build in a more environmentally-friendly way.

By reducing its environmental footprint, the construction industry can help ensure that Europe remains a beautiful and sustainable place to live and visit.

What countries in Europe suffer the most from construction?

In some countries in Europe, construction has a particularly severe impact on local environments.

Germany has seen significant growth in its urban areas in recent years due to a booming economy. As a result, numerous high-rise buildings have been constructed, and infrastructure projects launched, all of which have caused disruption to local communities and the environment.

Besides, France has been a hotbed for construction activity in recent years as part of efforts to modernize the country’s infrastructure. However, this has come at a cost; many areas near new construction sites suffer from air pollution, noise disturbances, and traffic congestion due to the influx of workers and materials.

Are Eco-Friendly Constructions Spread In Europe?